Written by Imke
Updated this week

Identify hired candidates by marking them as hired, celebrating your collaborative hire, and making sure only the right people have access.

To mark a candidate as hired, move them into a pipeline stage of the Hires group.

⚠️To mark candidates as hired, make sure your job’s pipeline has at least one stage in the Hires group. Learn about pipeline stage groups.

1. In the job’s pipeline, drag and drop the candidate that has accepted your offer into the first stage of the Hires stage group. Or, go to their candidate profile and click Mark as hired next to their assigned job.

⚠️It is not possible to mark multiple candidates as hired at once.

2. Fill in the Hire date and Start date. 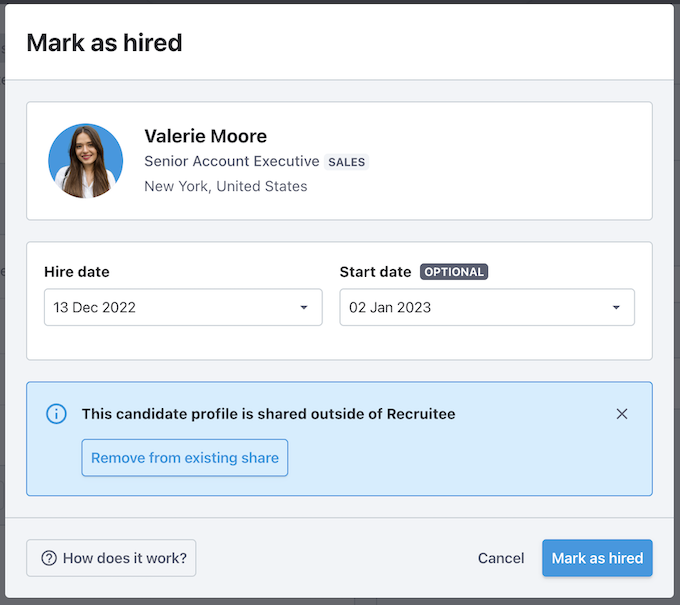 3. If the candidate was a part of a share, you can see it in a blue info box. Click Remove from existing share if you would like to do so. If not, skip to step 5. 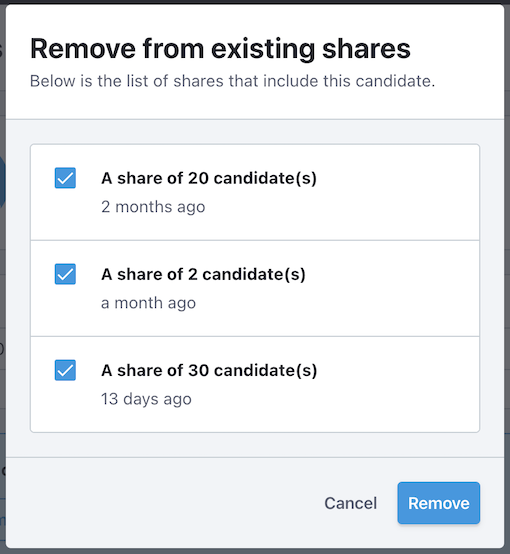 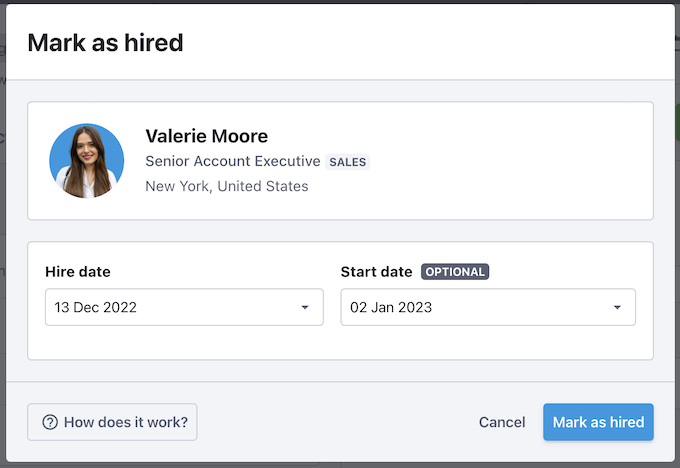 6. Congrats on your new hire! 🎉 You can now review the candidate’s story. 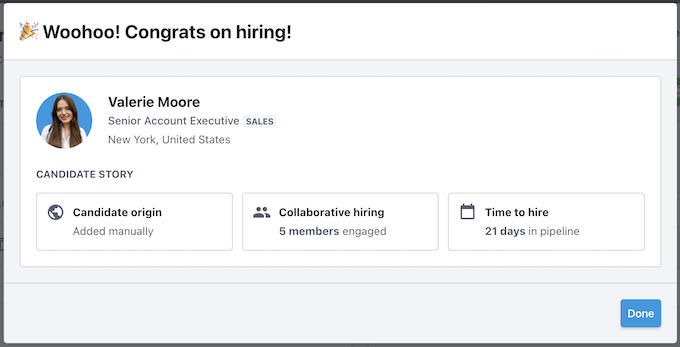 7. The job will also indicate the hire in the jobs section.

💡If you no longer want to have a candidate marked as hired, move them back into a pipeline stage of the Active process.

You can view all hired candidates in the Hires filter in the Candidates section.

Here you can sort and filter hired candidates by Hire date or Start date. 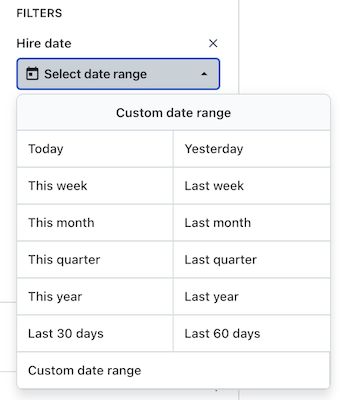 You can also use these filters and the Hiring status filter in any other view in the candidates section. 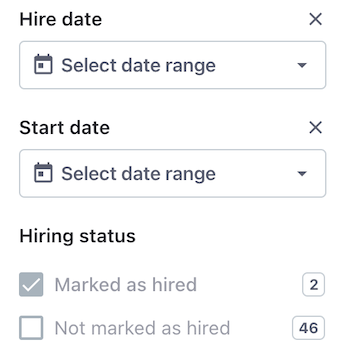 1. Go to a hired candidate, click the horizontal ellipses next to the job they have been hired for, and select View hiring details.

2. Here, you can view and edit the hiring details. 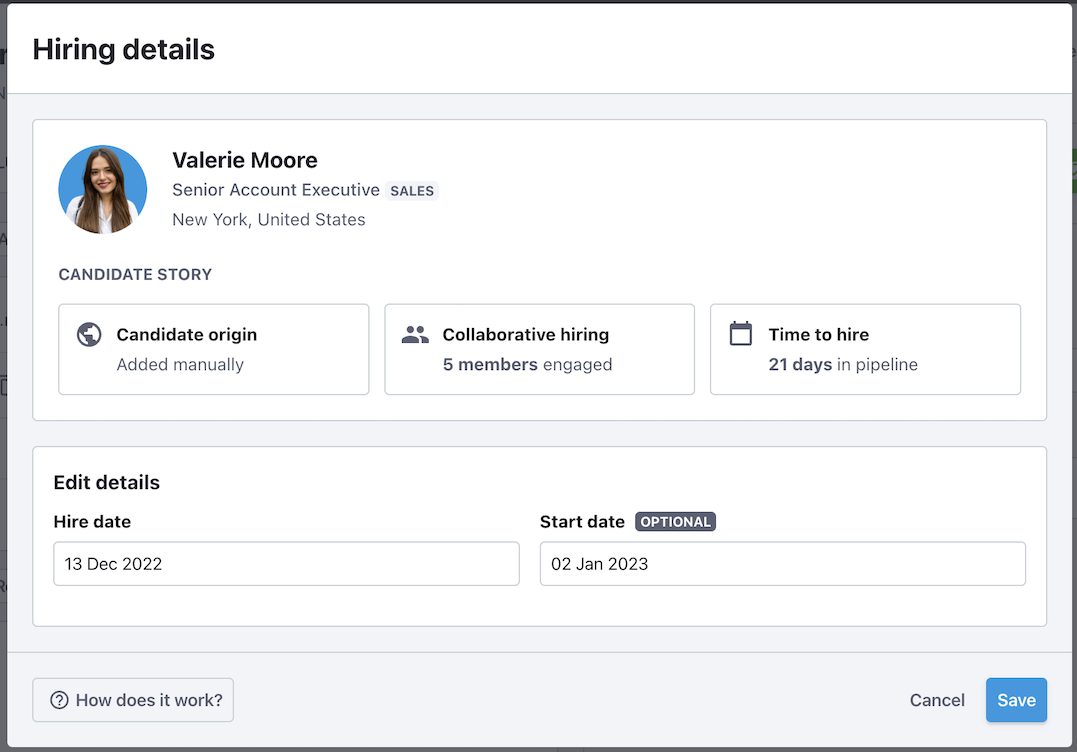 Are you involving colleagues in the hiring process as reviewers but don’t want them to access their team member’s or their own profile?

Team members without permission won’t be able to move candidates into Hires group stages or mark them as hired.

They also won’t be able to select or view hired candidates’ profiles. 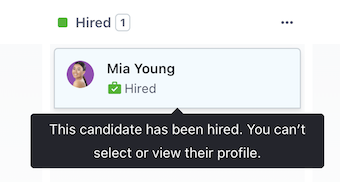 If they click on a hired candidate’s profile, they won’t be able to view any information.

Did this answer your question?