Written by Imke
Updated over a week ago

Do you already use Starred to measure candidate experience? Easily connect your account to Starred via Zapier to automatically trigger surveys at certain points of your pipeline.

Note: Before following these steps, make sure your Starred account is connected to Zapier. Find out how to do that in their knowledge base.

3. You will be redirected to Zapier, search for Starred.

4. Click Connect these Apps, you will begin to set up a zap. 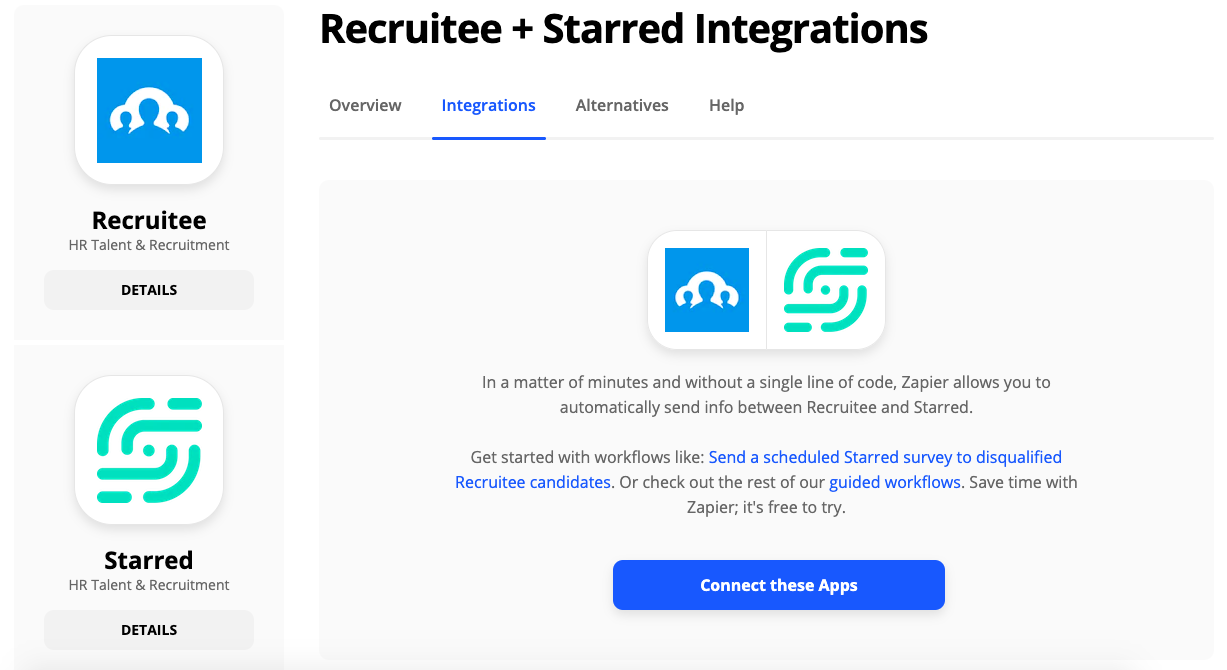 5. Follow the steps under When this happens … to set up the trigger from Recruitee. 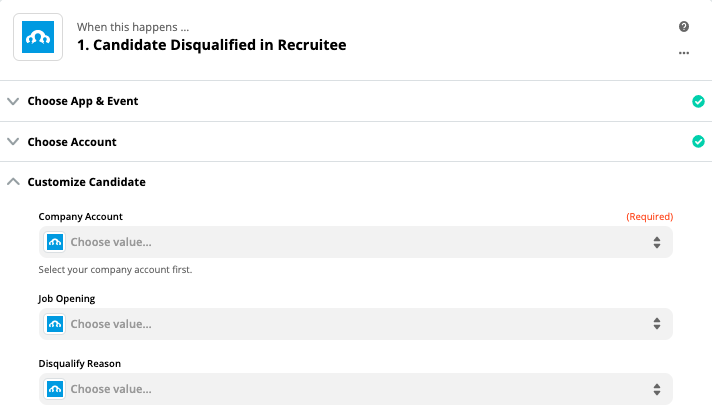 Choose the event, account, and specific candidate criteria for which you would like to send the Starred survey.

6. Follow the steps under Do this… to set up what will be triggered in Starred. 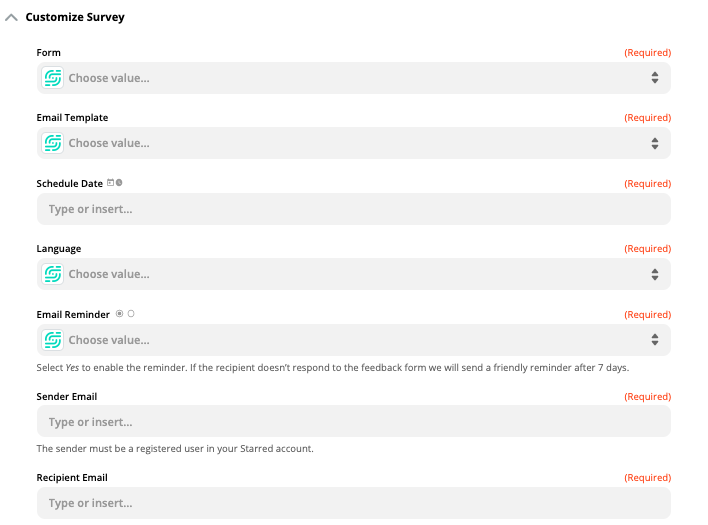 7. Once all the information and criteria for both apps are filled in and Zapier has sent test data, turn on the Zap at the bottom of the page.

Did this answer your question?